Use Free Will Properly

It is important that people value living. But for that, they must be loyal, just and true. Aware of duties to be performed, they need to put their willpower at the service of doing good, thus not contributing to the expansion of the evil actions unfortunately observed in everyday life.

Everyone has the responsibility to carry forward on this physical plane what they bring in their soul as the evolutionary project planned in the astral plane. Therefore, human beings are obliged to use free will correctly, because successes or failures in life depend on it. Success requires dignified, serene and courageous attitudes, because they are characteristics of value as the outstanding aspect of personality.

What is not lacking in the world are troubles, unpleasant events, negative influences. These are things that are sometimes hard to believe exist, but they affect people’s behavior. However, facts must be faced with valor, courage and without complaining, since moaning is not part of the spiritualist ideas of Christian Rationalism, but rather, the strength of spirit and enthusiasm, without which there is a great probability of entanglement with spirits detached from physical matter that roam the dense vibrational planes that form the fluidic atmosphere of the Earth.

In Christian Rationalist houses, we help people with words and activities that strengthen and enlighten, making them awaken to spirituality via manifestations of the Superior Forces and recommendations of the guides of public meetings, which broaden the knowledge of attendees about the transcendent phenomena and offer them secure paths to transit in this world.

Those who cultivate the illusion of letting life go by in the hope of reaping only good things are wrong. Everyone must be prepared for good and bad events. In general, the bad facts that appear in people’s lives are due to negative thoughts and feelings, the misuse of free will, ignorance of the transcendent evolutionary laws when they are contravened during the course of existence.

As there are many homes with a precarious fluidic environment, due to inappropriate behavior of one or more of its members, all family members, without exception, are also involved in these damaging currents to physical and mental health. Hence the recommendation on the importance of daily psychic cleansing. Focused on the meaning of the words that make up the irradiations, they will attract the Superior Forces and receive their strengthening fluids, eliminating the disturbing influences from the environment in which they live.

Human beings are on the planet-school Earth to acquire in their current existence the knowledge necessary for evolution through lessons of high moral value that they have not yet absorbed in the countless existences they have already gone through. Everyone has defects to be eliminated from the subconscious with acts of value that enhance the personality and dignify the character. It is what we wish for people who come to Christian Rationalist houses worldwide, who listen carefully to our guidelines and put them into practice in their daily lives.

In Difficult Times It Is Time to React

There are people who are too attached to human sufferings, setbacks, misfortunes and folly currently disseminated by the media, to the point of being so sad that they start to see life devoid of the colors that enliven the countenance when creating fluidic mental pictures lacking in spiritual energy.

It is the time when spiritually weakened people must react. A good start is to try to understand their own behavior, analyzing thoughts and feelings, the way they deal with everyday situations and treat their fellow men. Recognizing what they bring in their soul, the values ​​that reveal the essence that they are as evolving spirits on Earth, will be able to be better every day by recognizing that desires and ambitions, material attractions and all that the majority of human beings think have real value are in reality not more than ephemeral illusions of life, because they add nothing to spiritual heritage.

Throughout existence, the human being faces situations that provoke the use of spiritual attributes, be it reasoning to find appropriate solutions to the problems he goes through, self-control that ensures intimate control that avoids thoughtless attitudes or the psychic balance that reveals good behavior. How should one adequately use these and many other attributes with spiritual tranquility? This is only possible with the study of spirituality.

Spiritual enlightenment recommends education, discipline and will in the management of thoughts and the understanding of evolutionary laws, as the lack of their understanding is a frequent reason for psychic imbalances. The best use of existence depends, then, on the knowledge of spirituality. When leaving this world of schooling, the spirit, already detached from physical matter, progressively returns to its world of internship, where it carefully analyzes previous existences, especially the last one.

From this critical analysis, always aided by Superior Forces of greater evolution, the spirit decides to add to the set of moral qualities that it already has, those spiritual values ​​that it developed in the most recent passage through Earth, defining the rise to the immediate evolutionary class. If attributes and powers still remain to be improved, new planning is done in the astral plane, to be carried out on the physical plane, submitting, again, to the evolutionary process that earthly reality requires.

Evolutionary sequence is always progressive, until the spirit no longer needs the teachings that the school-planet Earth can offer to its growth. Thereafter, it will seek the sources of wisdom existing in the higher planes of spirituality.

How beautiful and rich is the evolution of the emanations of Universal Intelligence! Human beings cannot stay attached to the trivialities of this world, subjected to passions and all excesses, such as exaggerated sentimentality. The spirit is intelligence, it is life, it is creative and fulfilling power. Therefore, everyone has the spiritual strength to fight and win. To benefit from their stay in this world, they just need to discipline their life and have elevated thoughts, connecting with the vibrational currents of progress. 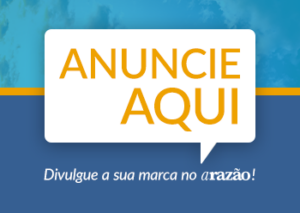